Selling balls for kidneys since 1996.

People often think of the Balkans as a crossroads. With their busy trade and cultural routes, the Balkans have been linking the East with the West, the North with the South throughout the centuries. Now can you imagine someone setting up a tent in the midst of that bustling roundabout, in a place where all those roads converge in a swirling mix? Can you imagine, out of the blue, a tent with a wild illegal wedding party inside springing up in the middle of that crossroads, a jamming makeshift shelter which blocks the traffic until the break of dawn? Well, the loud music that would be played beneath the tent cover – this is the sound of the ShazaLaKazoo.

A fusion like a thorough merger of all those intersecting routes above, the ShazaLaKazoo sound is a cross-breed of electronic rhythms and basslines that might come from anywhere in the West or the North, and melodies of vocals, trumpets, violins, and electronic clarinet which could come from the East or the South. The sound of ShazaLaKazoo is a crossroads in which western beats meet Balkan tunes, a place where Oriental and Latin American percussion meet Greek vocals. This unique musical blend they simply call “the Folkstep”.

– ShazaLaKazoo (duet, the original line up): 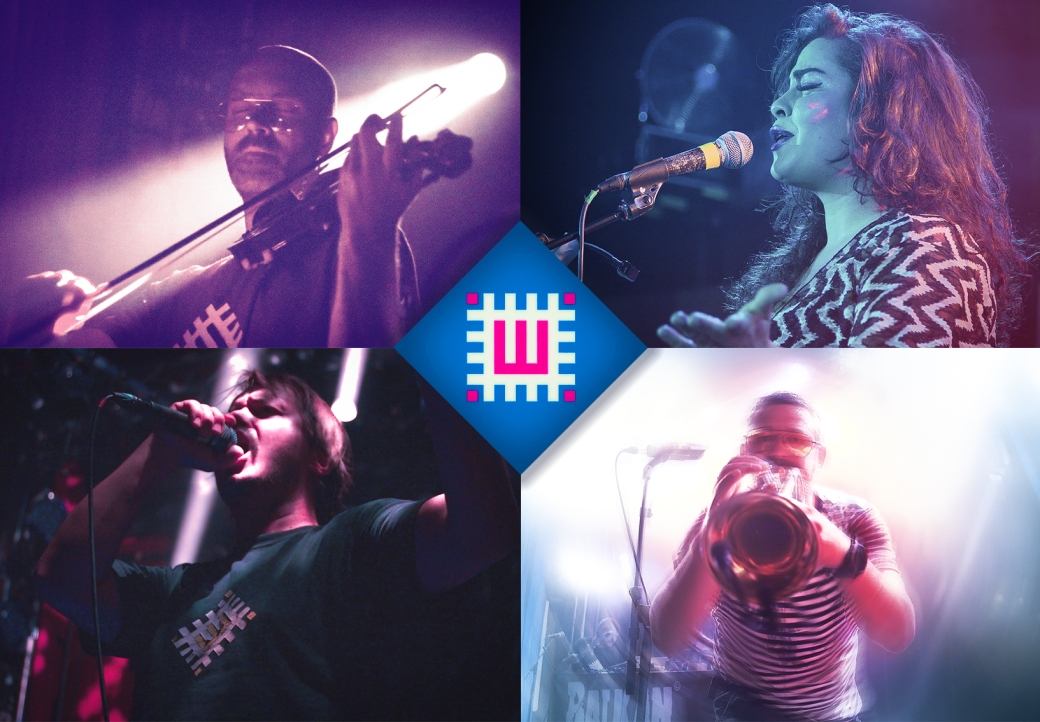